In January 2016 I wrote an article with the title: Keyboost proves scraping, cloaking and other Black Hat SEO Techniques still work. The article was about a Black Hat link network called Keyboost.

@methode @JohnMu @rustybrick Well. it was my first time and I felt quite lonely over there 😉

I found company websites in Dutch, French and English. I hoped Penguin 4.0 would kill them off, but it didn’t.

At this moment their websites are still ranking very well in Google, despite the fact that I have submitted numerous complaints and even alerted Googles Gary Illyes about it in 2016 (see tweets).

One has to defeat the enemy with his own weapons

Now it’s time to take matters into my own hands, if Google can’t do anything about it, there is only one option left: Naming and shaming!

Actually, I didn’t even need to build a bot from scratch, I already had one scouring the web for backlinks.

Being a diehard Linux and Open-Source fan has its advantages. For example, I am not paying companies like MOZ or Majestic SEO on a monthly basis.

Nope, I created my own set SEO tools so I don’t need to pay anyone. Sorry Rand, you are rich enough 😉

So if you thought Linux was a useless toy for nerds, think again! A bit of Linux and programming knowledge are a handy thing to have if you are into online marketing. I can highly recommend Linux Mint for starters!

Mapping the Keyboost Network: Now it’s in the open!

So basically, all I needed to do was change some stuff and add a couple of new scripts and my bot was ready to map the Keyboost Network! Currently (last update 9 jun 2017), it has already found 433 pages, 193 domains, 517 clients and 2879 victims (sites that go scraped). 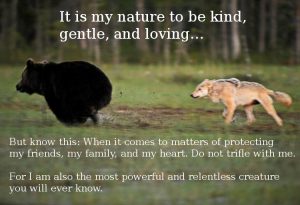 The bot will keep track of the network from now on and publish a new report in this folder every 1st of the month.

So from now on scraping victims can lookup on which sites their content is being used. And if you are a Keyboost client, it’s in the open for everyone to see.

I hope they will see that and reconsider. Because what works now can stop working one day, and then they are screwed!

You don’t have to take my word for it. Just read the SEO horror story of Pete Walter.

Choosing an SEO can make or break your company! SEO is risky business, you should never just hire anyone to do your SEO. Inform yourself first and make sure you are making the right decision before signing anything. Google recently made a video titled How to hire an SEO, it might be helpful to some of you.

What’s happening here? Well, it seems iPower is making big money at someone else’s expense. Because they don’t do shit their selves! They just create horrible looking pages automatically with stolen content on it and charge people for links on those pages. Easy money right?

This is not okay and it must end now. I have logged almost 3000 victims and 517 clients this month alone. Let’s do the math! Knowing that every client pays at least €65 per month.

Not a bad pay for doing for doing shit don’t your think? Sometimes crime does pay! But not forever 😉
Want to know how they are doing it? Just keep reading…

How does Keyboost work? 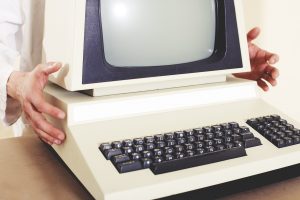 iPower started out as a hosting company and a domain name registrar. But since a couple of years, they also do automated link building with Keyboost. They seem to be reusing domains their clients canceled for automated link building purposes. They scrape the content of other websites and fill up those domains with snippets of stolen content.

When seeing these scraped pages the first time I thought it was an amateurish negative SEO tactic. But a little bit of investigation showed that all external links on the scraped pages had a nofollow attribute. And that was quite comforting, even though Google has said that you shouldn’t be concerned about backlinks from scraper sites. They claim they see the difference. But if that were true Keyboost wouldn’t work so well, would it?

But back to business: After I looked at the source code I figured something must be hidden. Why would anyone create pages like this? It would be useless when all links on it are nofollow because none of the link juice would pass trough. Immediately I thought of Search Engine Cloaking. So I did a couple of searches in Google and viewed the cached version.

And this is what I saw:

In the cached version I saw eight do follow links on top of the page. The first three were links to their own company sites, and the remaining five were very probably Keyboost clients. My theory was: They are scraping content, cloaking Googlebot and using rel=”nofollow” to guide the link juice where they want. To be more accurate, the nofollow is preventing it from going where they don’t want it, but the result is the same.

But how do they escape from the dangerous Penguin?

Well, I don’t know exactly, but only using domains a short period of time is certainly part of it. They are probably just using domains their clients canceled prematurely. Those can be used for free until they need to be renewed. I also noticed that they spread their scraper sites over multiple IP addresses. That could be a factor too. All this makes it very hard to detect for Google.