Google Fred not one but multiple updates with different goals

I just discovered that Google Fred is not one but multiple updates with different goals. 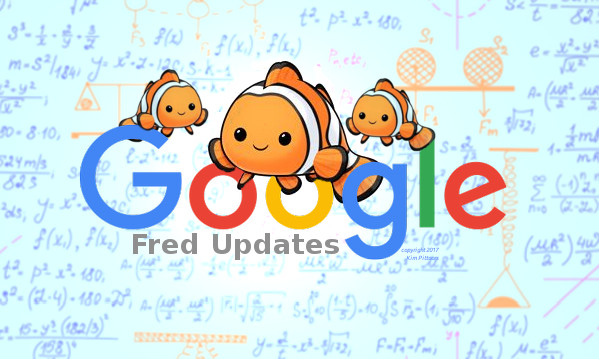 I also started to think this because one update would just be way too simple. Ofcourse people like simple a lot, but in real life things are never that simple.

I wish they were sometimes, but that is certainly not the case when looking at Google Fred. Besides, the way Google works is not simple at all so why would their updates be simple?

I decided to ask Gary Illyes about it. And to my surprise he responded:

@kimpittoors From my perspective every update is a Fred, but there were a number of updates around the date @rustybrick declared Fred a single thing.

He confirmed that Google Fred is not one update but multiple. And said that to him every update is a Google Fred Update. Now I also wanted to know if these updates also had different goals like I thought. He also confirmed this:

@kimpittoors @rustybrick Oh they do.

So I guess we can end the discussion about wheter Google Fred is quality or linkrelated. And maybe we should start calling it Google Fred Updates or even better, stop using the name Fred for updates.

Because its a very stupid name for an update in my opinion. The only thing I like about Google Fred is the image of the cute fishes I made for stories about Google Fred. Or am I the only one thinking this? don’t be afraid to comment 😉

The Google Fred question I asked was well received by the SEO community. Barry Schwarz even used my Twitter conversation with Gary as a source for his article: Google: There Were Other Updates Around The Release Of Fred.

But surprisingly Barry decided to come up with a different interpretation than me. He wrote that there were also other updates around the date Fred got launched.

In my opinion this is not what Gary Illyes said. Gary wrote: ‘around the date @rustybrick declared Fred a single thing’. This  strongly suggests Fred is not a single thing.

When I asked him about it he replied: “Maybe”. But Gary seems to agree with me I would say. So thats why I decided to ignore it and leave my article as it is. It was my question after all 😉

@rustybrick BTW @rustybrick: @methode basicly said they are all Fred updates. Fred is not one thing. No need to add more animals 😂

@methode @rustybrick @methode thats okay with me. I was prepared, still have plenty of fish left 😂 pic.twitter.com/xWhRhlslus

All Updates are Fred

Gary Illyes keeps repeating that to him all updates are Fred. Thats fine with me, lets have Fred 1, Fred 2 and so on. I really don’t care about the name, I care about the state of the SERPS! And at this moment the SERPS are a big mess! So I hope Google continues to update and improve, its needed!

And ofcourse, I wouldn’t be myself if I didn’t end the conversation with a joke about pot, booze or sex. I mean, lets be honest we all like at least one of those three things. And I am always in for a laugh!

From now on I will be closely monitoring the SERPS with my own Google Algorithm Tracker called SEO Radar, the site is tracking Google since 10 March 2017 and will be launched on April 10 2017. If anything interesting happens you will the first to know. You can find me on Twitter